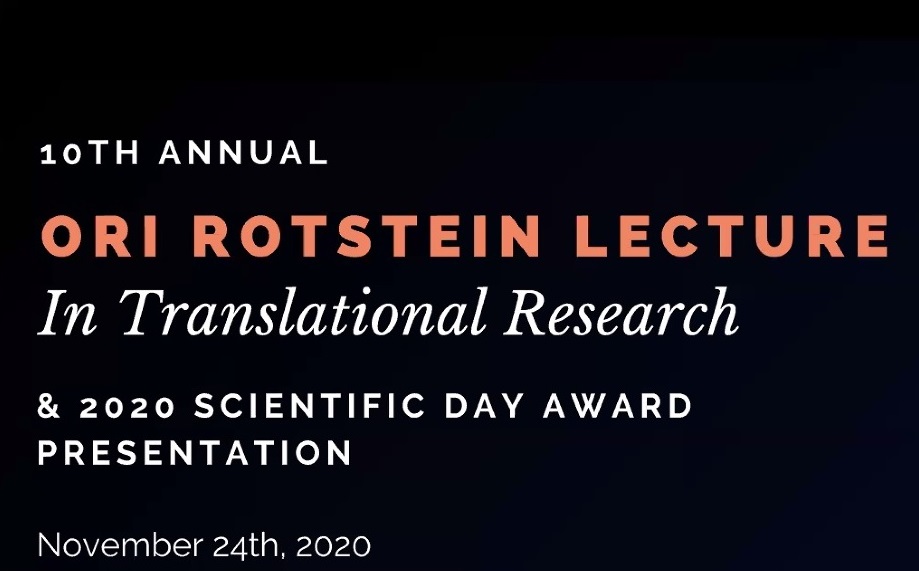 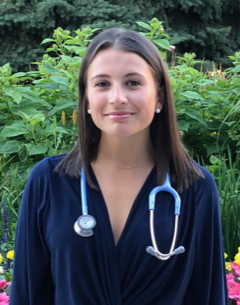 Established in 2003 to honour the contributions of Dr. Catharine Whiteside, a former graduate coordinator of the IMS, and our former Dean of Medicine at the University of Toronto, this award is presented annually to a recently graduated Master of Science student who has made outstanding scholarly contributions.

Victoria Mintsopoulos completed a Bachelor of Sciences at Queen’s University where she specialized in Microbiology and Immunology. She then completed a MSc with Dr. Warren Lee where she focused on using ultrasound and microbubbles to deliver therapeutics to the injured regions of the lung in pneumonia and acute respiratory distress models. Victoria is now a second-year medical student at the University of Toronto. This past summer, she was part of the Chair’s Summer Student Program through the department of Obstetrics and Gynaecology at UofT, where she worked under Dr. Liat Hogen and looked at the clinical characteristics and outcomes of endometrioid ovarian cancer. Outside of research and medicine, Victoria is a choreographer and dancer in the DaffyDil Musical, co-leads UofT Med Dance Club, and enjoys mentoring undergraduate students. 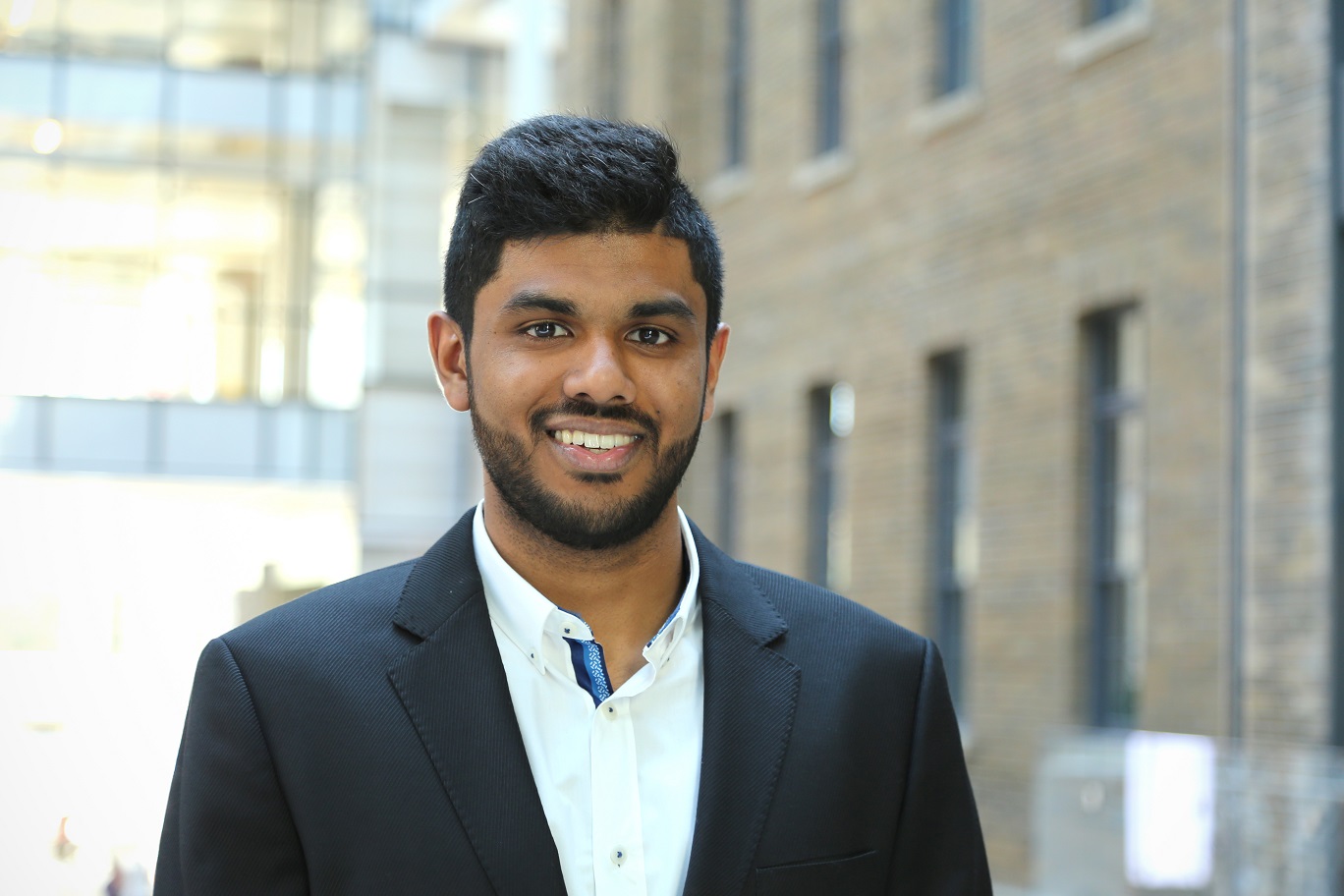 Established in 1995 to honour the contributions of Dr. Lou Siminovitch and Dr. Robert Salter, eminent researchers, founders, and mentors to the Institute of Medical Science, this award is presented annually to a recently graduated IMS doctoral student who has made outstanding scholarly contributions during their program.

Ayesh Seneviratne is a 7th year MD/Ph.D. student, at the University of Toronto. He did his Ph.D. in Dr. Aaron Schimmer’s lab, where he studied the role of mitochondrial lipid synthesis pathways in leukemia cell growth. His research showed that the inhibition of the cardiolipin (a mitochondrial phospholipid) remodeling enzyme tafazzin increased levels of the phospholipid phosphatidylserine and decreased the growth and survival of AML stem cells. Interestingly, the loss of TAZ had no effects on healthy blood cells, implying a therapeutic window. He is now in the middle of his clinical rotations. Along-side his Ph.D. he was a founding member/President of Apollo Toronto (2015-2018, a translational medicine student group), worked with Toronto notes as Production Manager (2018-2019), and Editor-in- Chief (2019-2020). He spends his free time doing P90X workouts, binging travel shows on Netflix, and cooking with his wife.

Established in 1995 to honour the memory of Dr. Daniel Roncari, who served as the Director of the Institute of Medical Science from 1980 to 1983, this award is presented to two IMS students who have made significant contributions to the academic experience of graduate students. 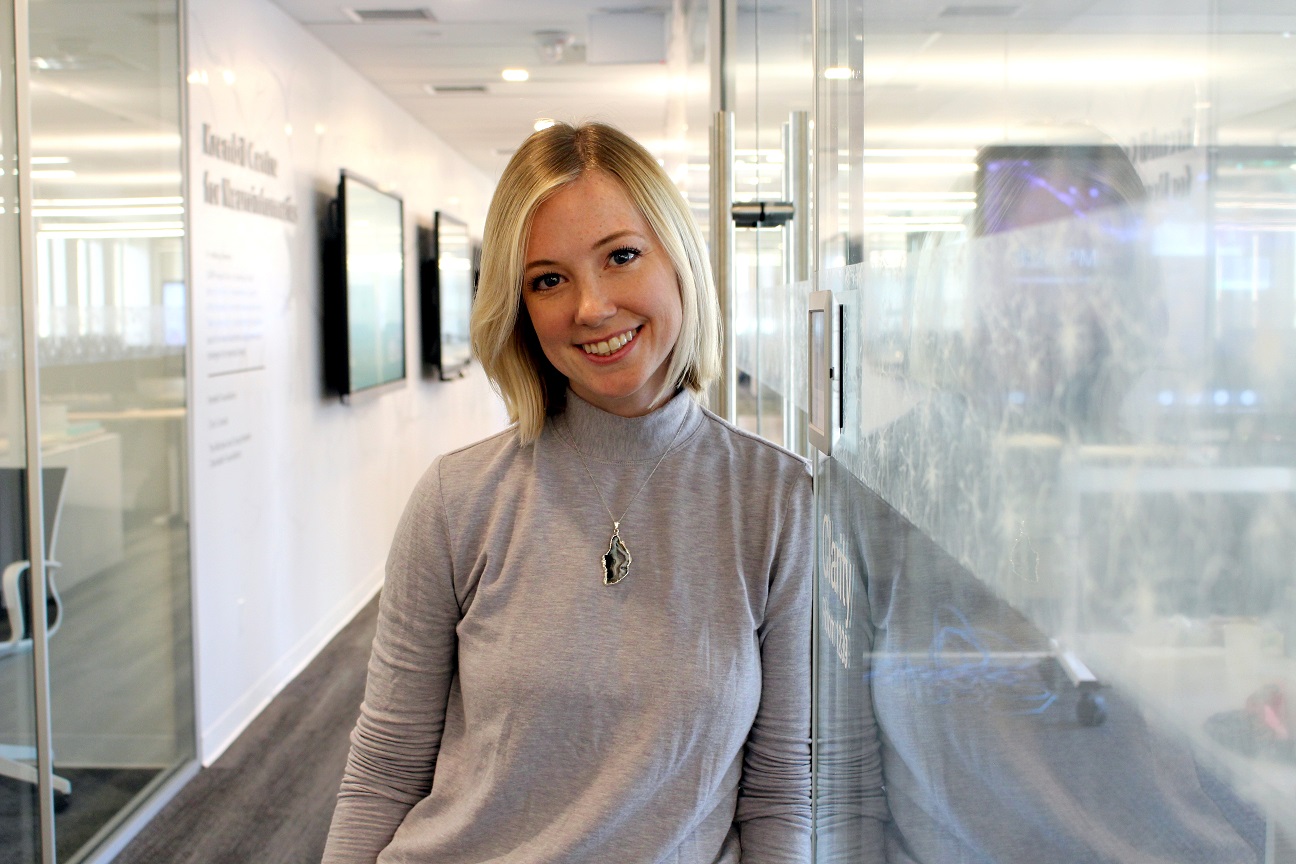 Laura Best is a PhD student in the lab of Dr. Isabelle Boileau at CAMH and completed her HBSc in Pharmacology at McGill University. Her doctoral work, which is supported by the CIHR Frederick Banting and Charles Best Doctoral Award, employs neuroimaging to investigate the involvement of the endogenous cannabinoid system in alcohol use disorder and other stress-related conditions. Her work has been recognized at both local and international meetings. Laura is an advocate for community engagement, outreach and leadership. She is a current Lead Organizer of UofT Talks, Vice-chair of the Young Person’s Cabinet of the Women’s Brain Health Initiative, Student Mentor with the IMS Mentorship Program and former Co-president, and Director of Community and Outreach of the Institute of Medical Science Students’ Association. Laura remains involved in the IMS as a Student Lead for annual events such as Orientation and the Ori Rotstein Lecture, writing for the IMS Magazine and teaching the occasional yoga class. She hopes to positively impact her community by promoting wellness, connection and mentorship. Photography credit: Mikaeel Valli 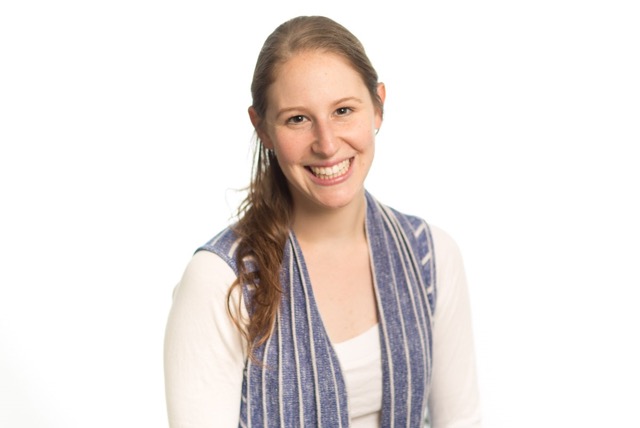 Michelle Dubinsky is a PhD candidate who joined the Institute of Medical Science in 2016. Her research explores how healthy compared diseased blood flow patterns affect gene-protein interactions, under the supervision of Dr. Philip Marsden at St. Michael's Hospital. Michelle is avidly involved in leadership, mentorship, and science outreach, both at UofT and in the community. She has facilitated seminars, organized, and run the IMS Summer Undergraduate Research Program's 2019 annual Research Day for over 100 students. She is a Lead Mentor for the department’s Peer-to-Peer Mentorship Program and has assisted in its expansion through collaborations with other University organizations to provide mentors for Undergraduate students, as well as intake mentors for recently accepted students to the department. Presently, Michelle is working on creating an opportunity for current students to be mentored by Alumni. She continues to be actively involved in the IMS community by participating on committees, facilitating student seminars and assisting with event-planning initiatives. Through her experience on the St. Michael’s Hospital Research Student Association, Michelle has created the Senior Advisor position, and as acting Senior Advisor continues to be involved in promoting advocacy, equity, and the student perspective on many Hospital Research Committees. Michelle strives to create a positive environment for students at all educational levels as both a Graduate and Life Sciences Education PhD student Leader, and as a member of the IMS. 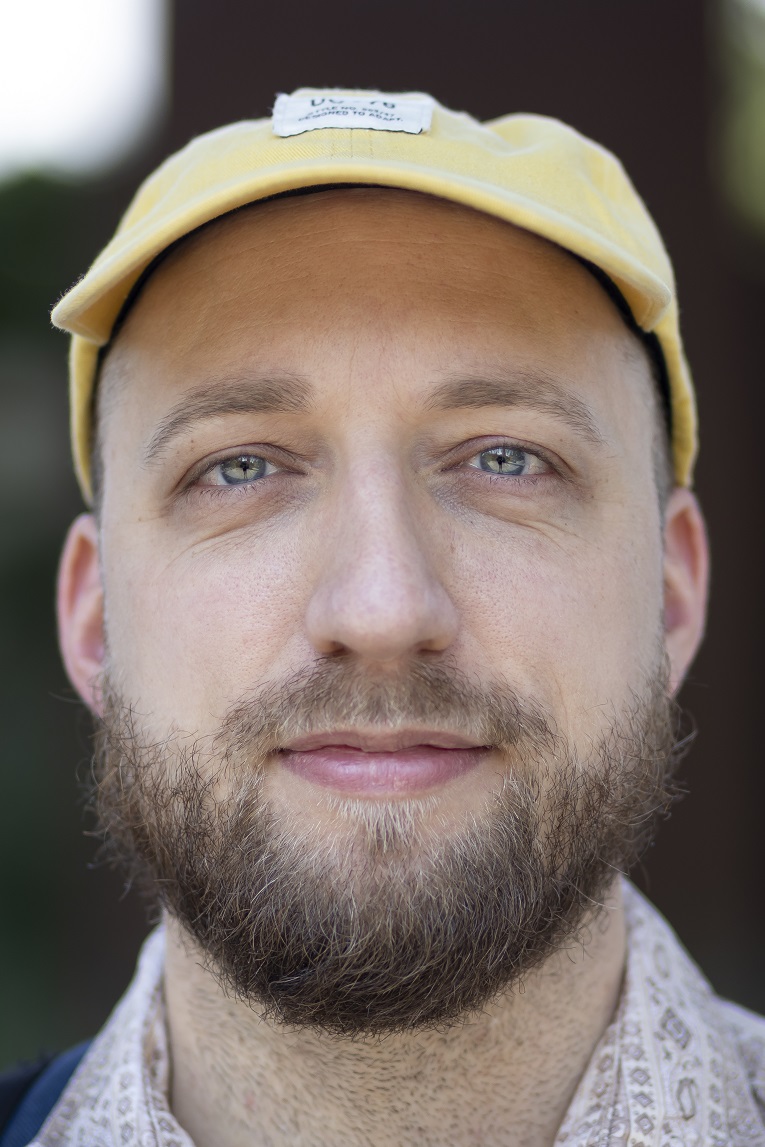 Established by the IMS to honour the memory of Dr. Sara Al-Bader, a PhD student at the IMS, this award is presented annually to an international doctoral stream student who shows exceptional academic promise.

Jonas Osmann is originally from Germany but completed his BSc and MSc studies in the Netherlands, Belgium and Portugal. In 2016 he received the opportunity to pursue a PhD in medical science at the Institute of Medical Science under Dr. Anthony Feinstein with financial support from the Ontario Trillium Scholarship. His major lines of research are computational and statistical medical science, and psychological trauma in conflict journalists. He recently graduated the PhD program with a thesis on psychometric scale construction and psychological trauma in journalists, and is interested in pursuing a career in computational science. He is extremely grateful to the Institute of Medical Science and the Al-Bader family for being awarded this year’s Sara Al-Bader Memorial Award.

This award is presented to an IMS faculty member who has served as an outstanding mentor and role model for graduate students, in addition to making significant contributions to the IMS graduate program. 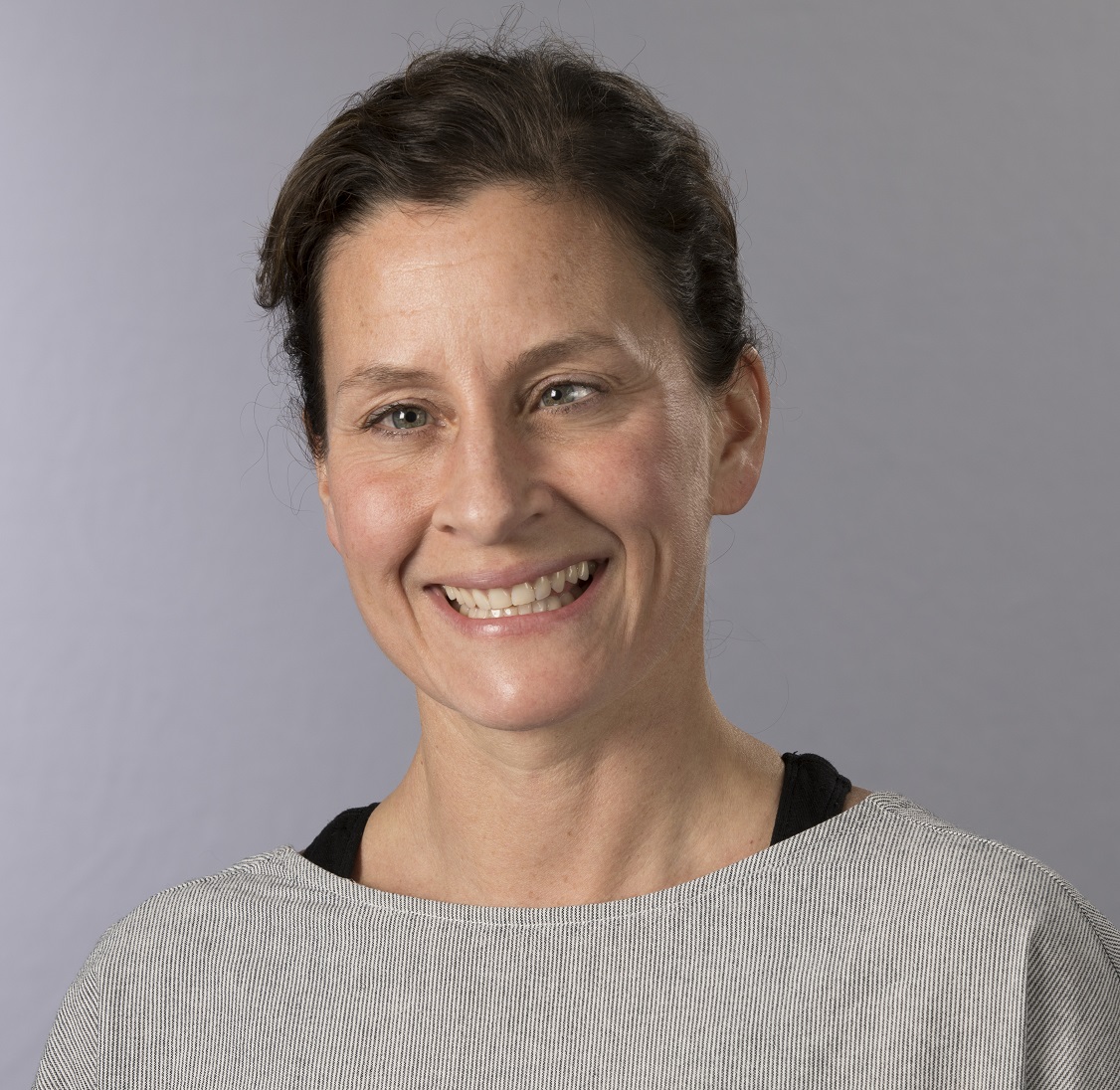 Dr. Isabelle Boileau is a Senior Scientist in the Campbell Family Mental Health Research Institute at the Centre for Addiction and Mental Health (CAMH) and Head of the Addiction Imaging Research Group at CAMH’s Brain Health Imaging Centre. She is also an Associate Professor in the Department of Psychiatry at the University of Toronto. She has published over 90 peer-reviewed publications and her work is funded by CIHR, NIH, Ontario Mental Health Foundation and the Canadian Institute for Military and Veteran Health Research.

Dr. Boileau’s primary area of interest has been the use of translational neuroimaging tools – positron emission tomography (PET) and magnetic resonance imaging (MRI) – to help test novel mechanisms supporting the development of treatments for neuropsychiatric conditions. She has established a world-class program of research at CAMH that has uniquely contributed to the international body of knowledge in the areas of substance use disorders, addiction and co-morbid conditions.

The Institute of Medical Science Graduate Course Director Award is presented to an IMS course director in recognition of sustained contributions of more than three years to excellence in the teaching, administration, and development of a graduate course. 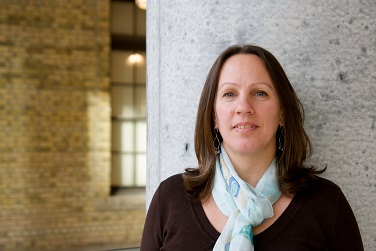 Dr. Lucy Osborne is a Professor in Medicine and Molecular Genetics and holds a Canada Research Chair in the Genetics of Neurodevelopmental Disorders. Her research focuses on rearrangements of human chromosome 7q11.23. Dr. Osborne’s lab is at the forefront of research into the deletion disorder Williams-Beuren syndrome, as well as it’s reciprocal duplication disorder, and has helped elucidate the range of complex chromosomal rearrangements associated with this part of chromosome 7. Osborne and her team are currently using human cells and animal models to probe the genetic and epigenetic underpinnings of the neurodevelopmental changes in these children, with the hope of identifying mechanisms and pathways that could be targeted by new therapeutic approaches.  Dr. Osborne has taught MSC2010Y, “Molecular Medicine in Human Genetic Disease”, for the past 20 years. This course is required for the Masters in Genetic Counselling students and is popular with both clinical and basic science graduate students. She is also a Graduate Coordinator at the Institute of Medical Science. 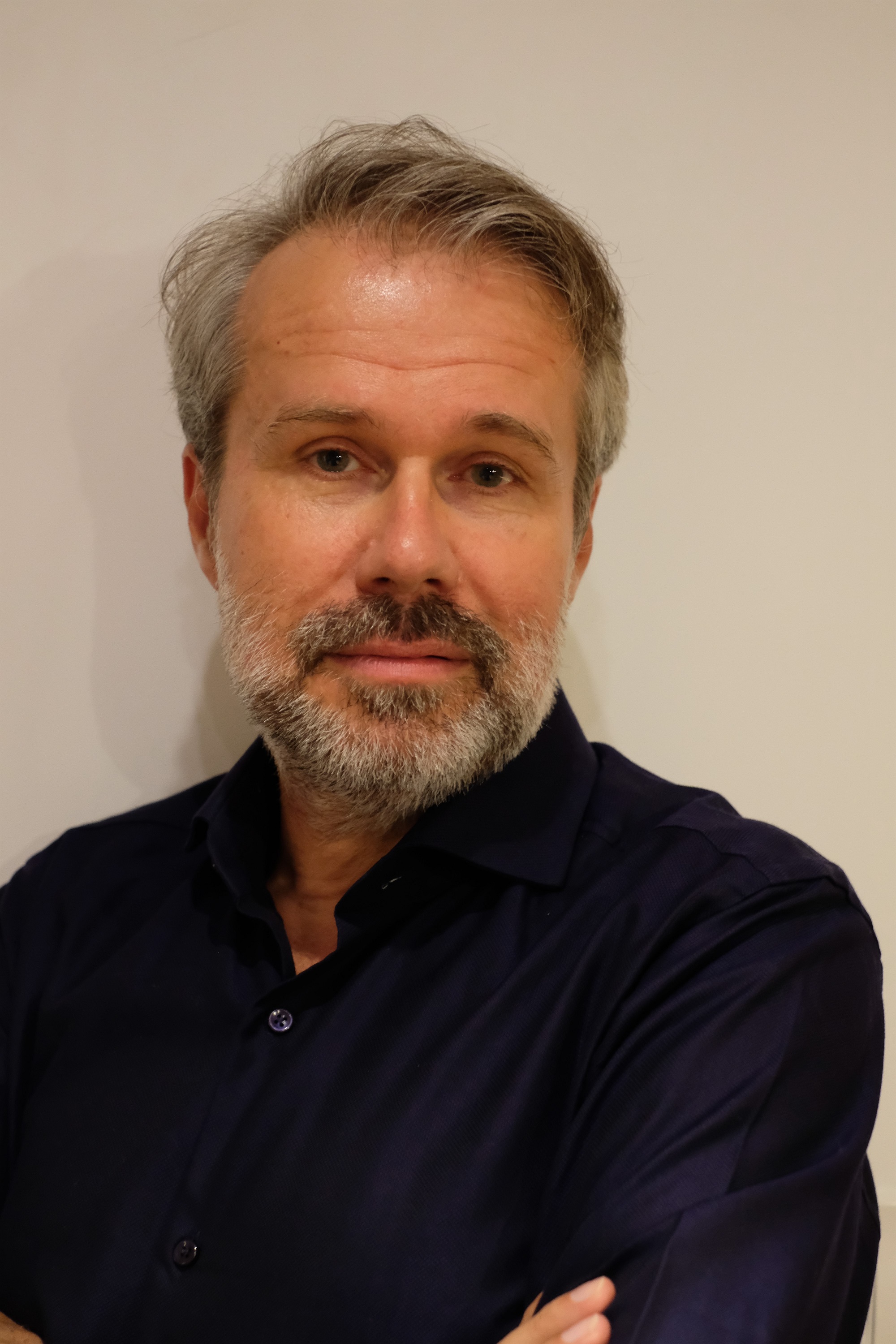 Peter is internationally renowned for his methodological work and for his clinical research on the management of cardiovascular and musculoskeletal disorders. A Fellow of the European Society of Cardiology, he has had leading roles in several major cardiovascular trials, including SIRTAX, LEADERS, FAME 2 and MATRIX, served as a member of several task forces of the European Society of Cardiology and co-authored the European guidelines on myocardial revascularization and on the management of acute myocardial infarction. Peter contributed to over 400 papers, which were cited more than 100,000 times. Since 2015 he was recognized as Highly Cited Researcher.

This award is presented by the Institute of Medical Science to an IMS course lecturer in recognition of sustained contribution of three years or more to excellence in lecturing in an IMS graduate course. 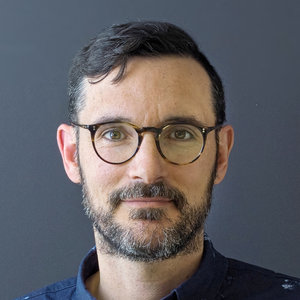 Discovering a way to merge his passion for biology and the visual arts, Michael Corrin relocated to Toronto from Winnipeg in 2004 to become a medical illustrator. After completing his studies in Biomedical Communications at the University of Toronto, he worked at the Hospital for Sick Children, Toronto General Hospital and for private communication firms developing educational medical multimedia. In 2007, he began teaching part time in the IMS's Biomedical Communications Professional Master's Degree program. In 2011 he became a full time faculty member and in 2019 was promoted to Associate Professor Teaching Stream. He currently teaches undergraduate and graduate students about visual storytelling for medicine and science communication; he also teaches the latter about interactive educational media design. He continues to develop and evaluate educational multimedia and is currently working with collaborators at Toronto General Hospital on the second version of an online trans-esophageal echocardiography simulator.

Recipients of the IMS Endowed Awards

Thesis title: Probing the Network Basis of Memory Function and Dysfunction in Children with Epilepsy

Thesis title: The impact of psychological well-being on the outcome of surgical repair for rotator cuff tears: a prospective cohort